"Despite everything, I believe that people are really good at heart."

Let me start by saying that it was never in my plan to go to Auschwitz. I knew it was a place somewhere in Poland, but never looked on Google to see exactly where it is. But at one point in life, "something" happened and here i was. This "something"="life"="destiny"="?" lead me to buy a plane ticket to Krakow, Poland. Again, it was not on my list to go to Poland, but one thing lead to another and i convinced my sister to accompany me to go to Krakow in spring. We had an extended week-end to check this town (i will tell you more about it in a different post) and when researching for what can we do there, i discovered a lot of tours that went either to the Salt Mines or to Auschwitz. And i chose the last one.
We have arranged with the hotel for the tour bus to pick us but please note that you can also take the train or the bus to Oświęcim train station. The train station is 2 km away from Auschwitz 1, but the bus leaves you quite close.
While you are there you can buy tickets to see Auschwitz 1 and Auschwitz II-Birkenau. It is allowed to take photos but there are couple of places where is prohibited.
Personal comment: i saw some people taking selfies there!!!!!!!!!! how can this be, from all the places you take a selfie in a former concentration camp??? I had no words..

Birkenau is the main camp and is the place where the main gas chambers were situated. I do not want to sound melodramatic, but what i saw there...it will always stuck in my mind.

But first you start with Auschwitz 1. There are English and French tours ( could be German and Spanish also, but not sure) as well as audio-guides. Here, there are couple of building where you can find lots of information and see heartwarming photos. Oh, and yes, the first striking part is the entrance where you will see :"Arbeit macht frei" which stands for work makes (you) free". 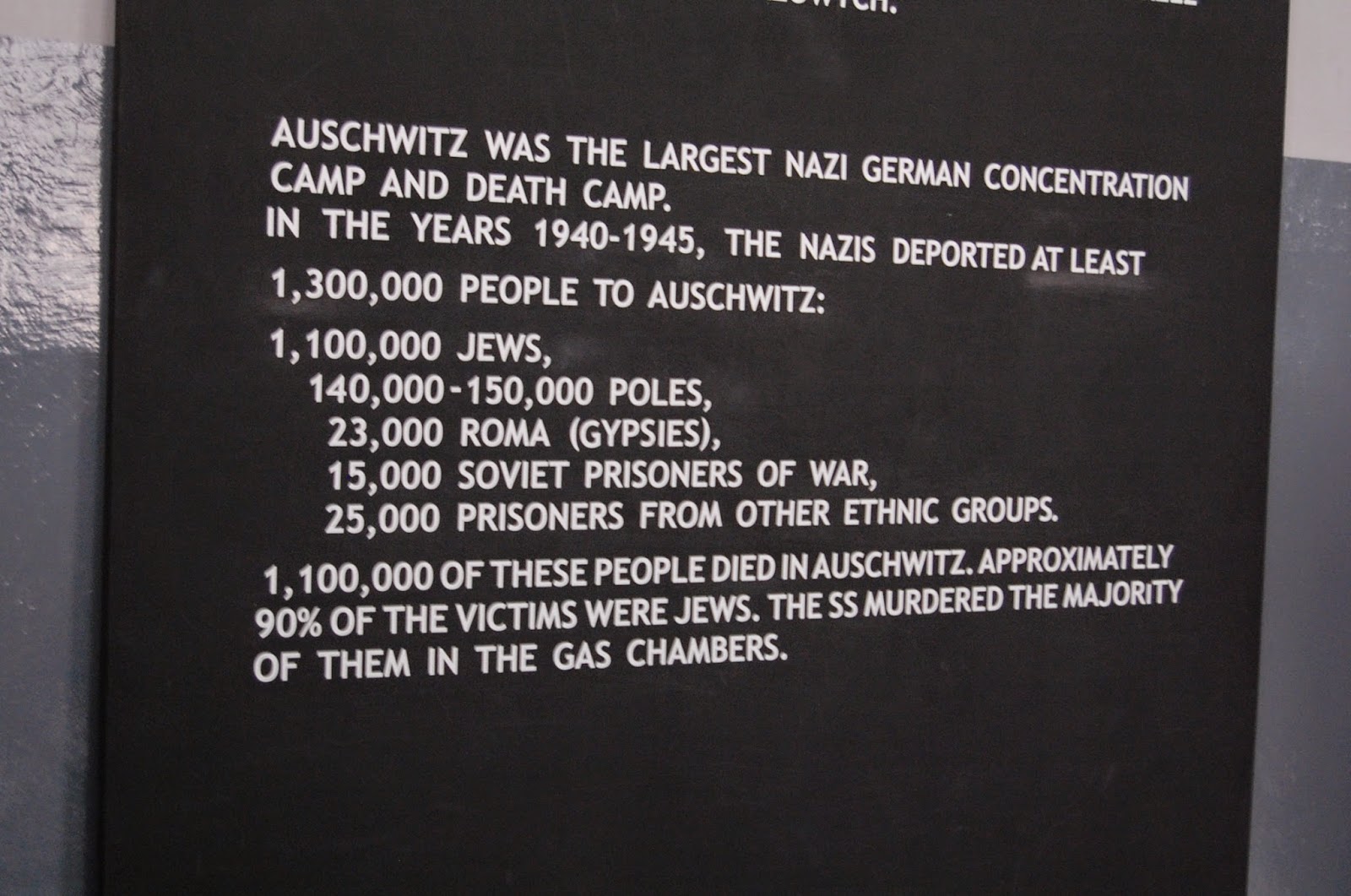 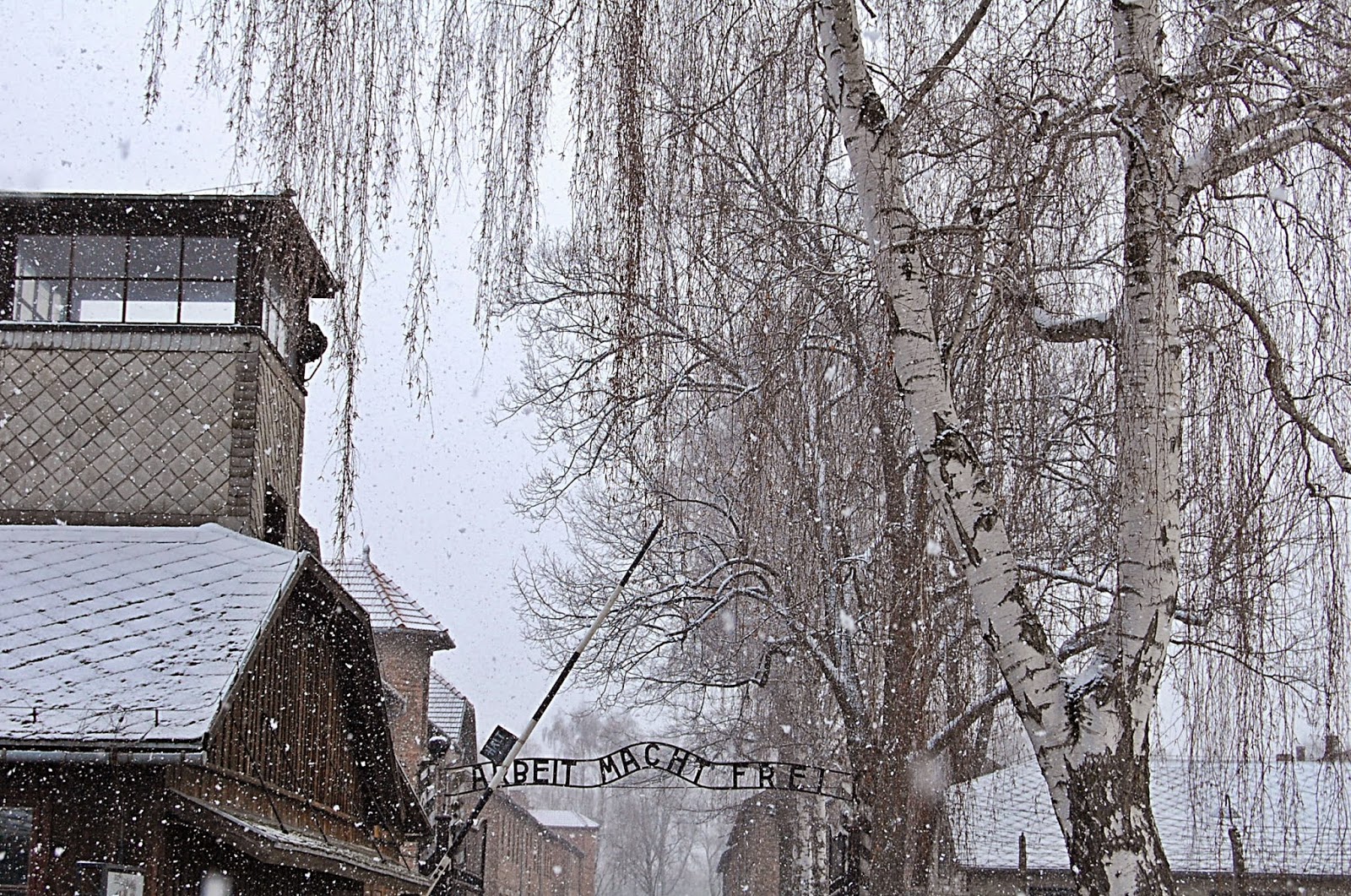 Later on you will arrive to Auschwitz II-Birkenau.
There are so many things that have impressed me, even if some of the buildings were demolished by the Nazis before they tried to run away. Maybe the gas chambers, or what remained from them, maybe toilets or the "rooms" where they lived, or maybe the railway line where their last trip ended.
Walking around the area ( depending on when you are going, please take proper clothes as this is mostly an outdoor activity, and even indoor there is no heating) , you can find the shower area where their clothes were decontaminated. Those who arrived directly here, had been sent directly to gas chambers and their belongings taken and sorted. There is one chamber which i will never forget, with toys from children, with brushes and shoes. And one with human hair....
Do you know that those who arrived here never knew where they were going, and that they were told only to take one suitcase? 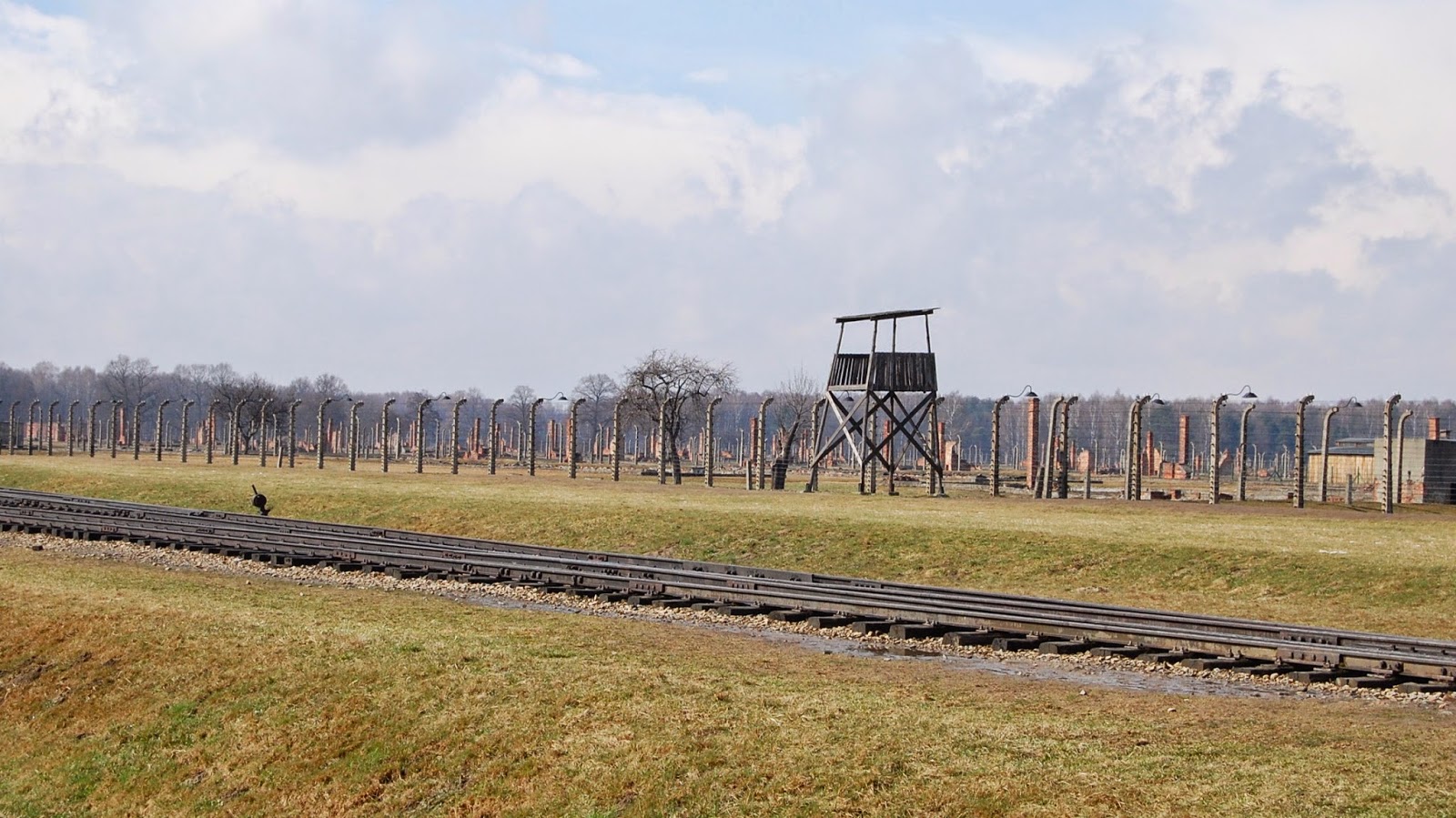 And you will see the remaining of couple more crematorium/gas chambers.
At first, they built only one, but then that was not enough and as more Jews arrived, they kept building others until they had 5.

While walking around, one of the most strange thing happened: during the visit, the weather changed from sunny to raining to snowing!! to sunny and to snowing again..I still do not forget that feeling.

And you know what other thing struck me? How grown-ups, men in their 40`s or their 60`s , women from 30-80 years old could cry ( and no, they were not all Jews) and how teenagers can remain silent for couple of hours..

There could be so much more to say about this place. But, if you ever get a chance to come close to this place, please take some hours from your life and go see it. 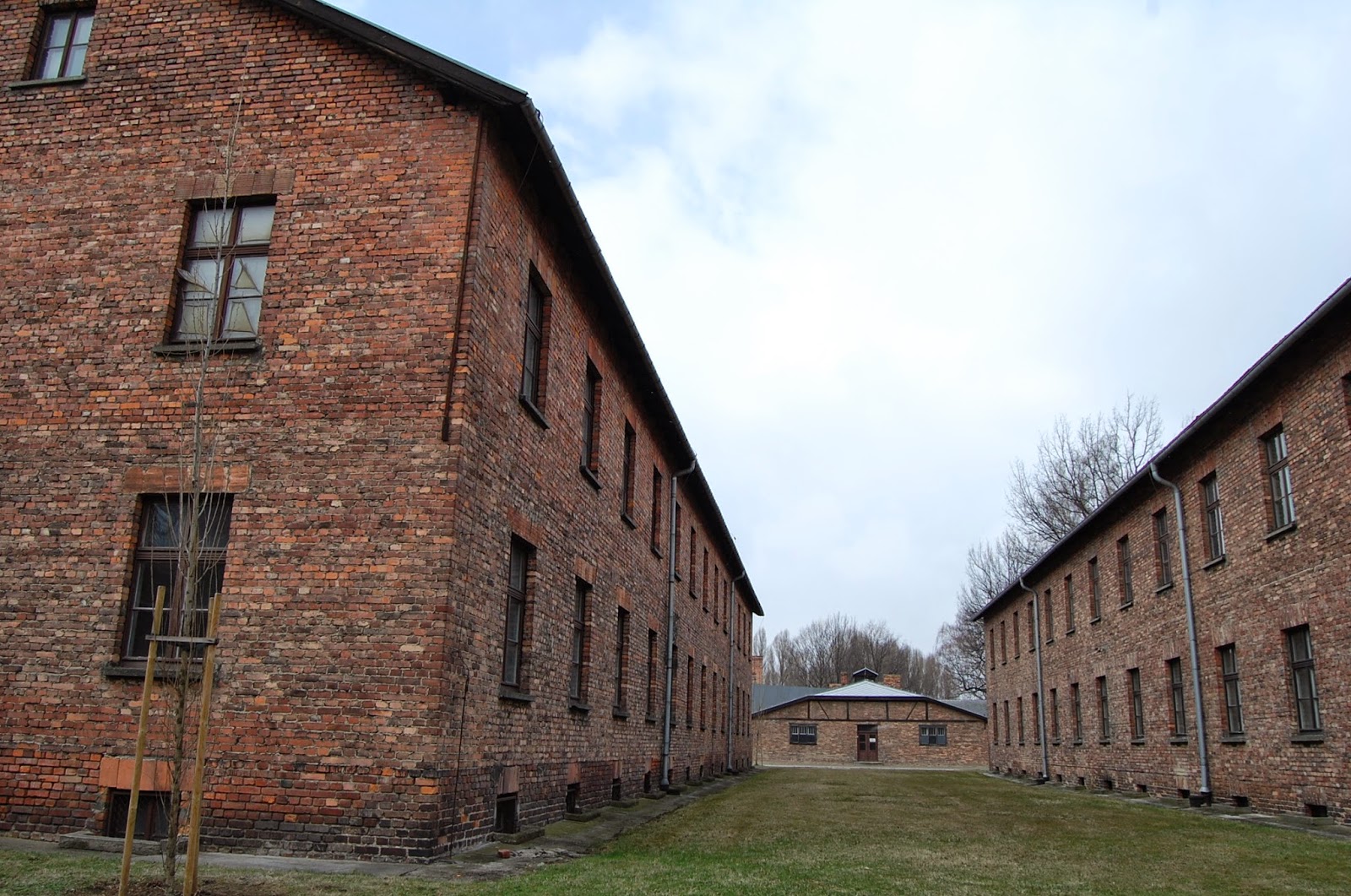 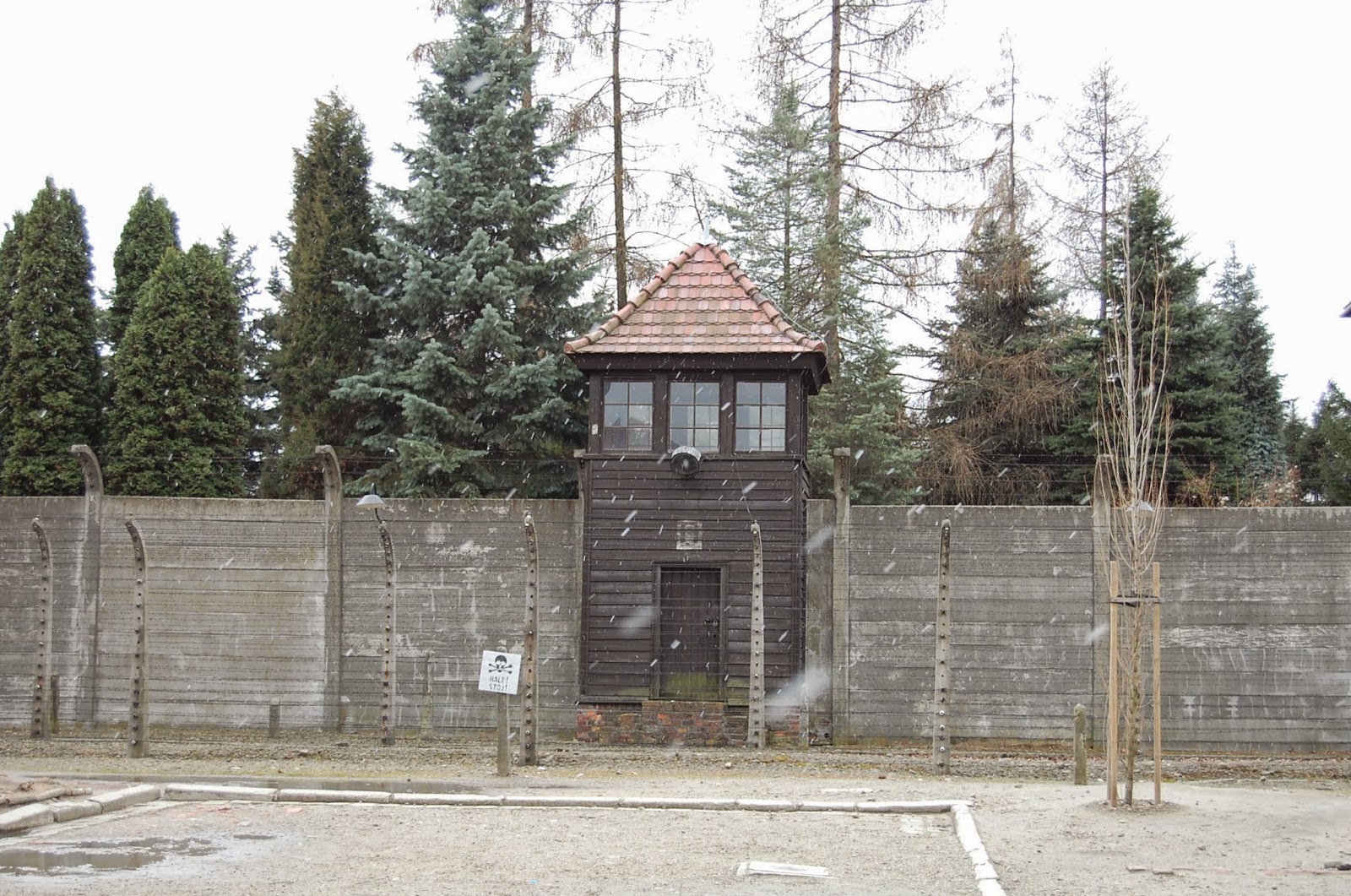 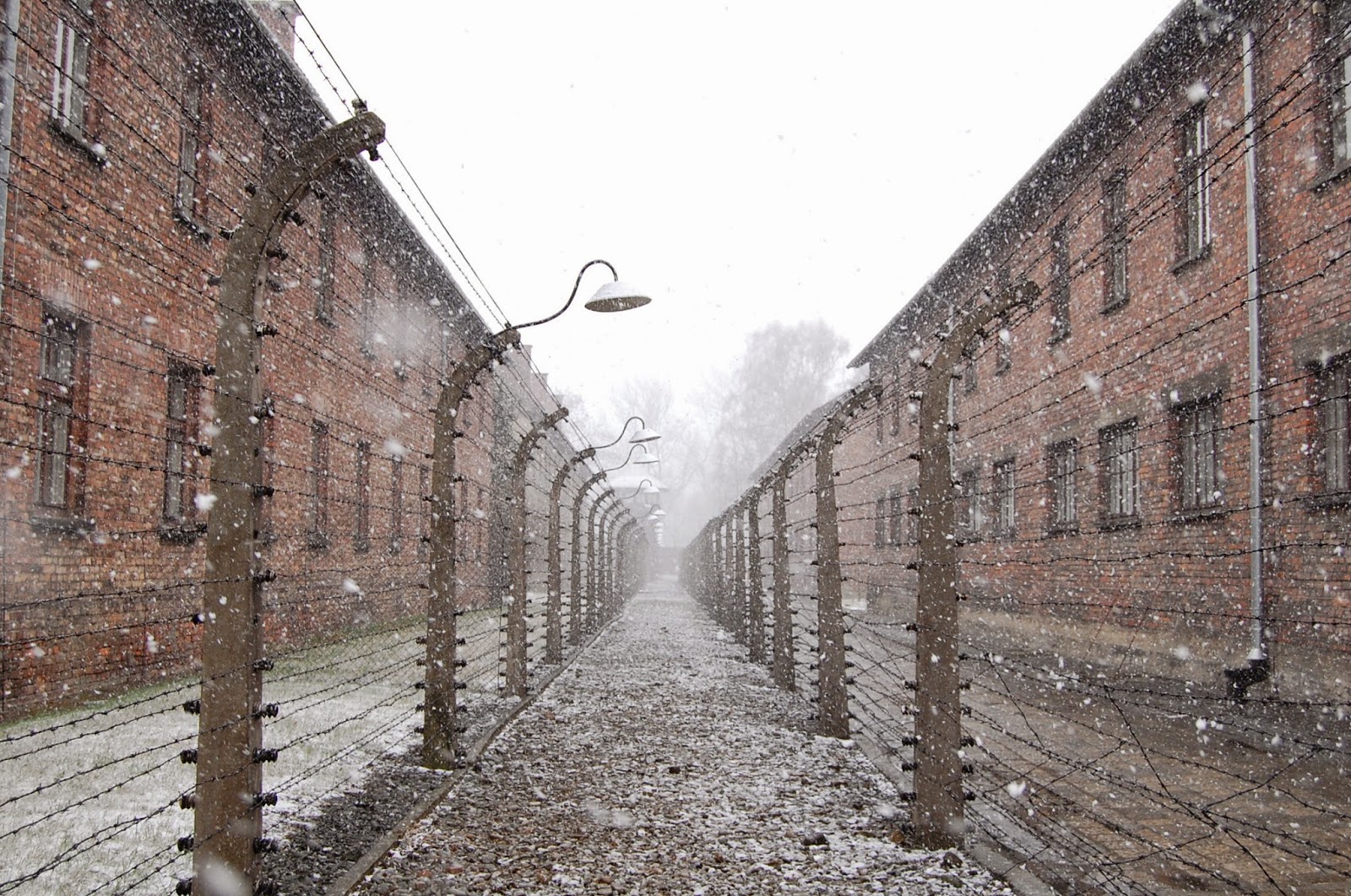 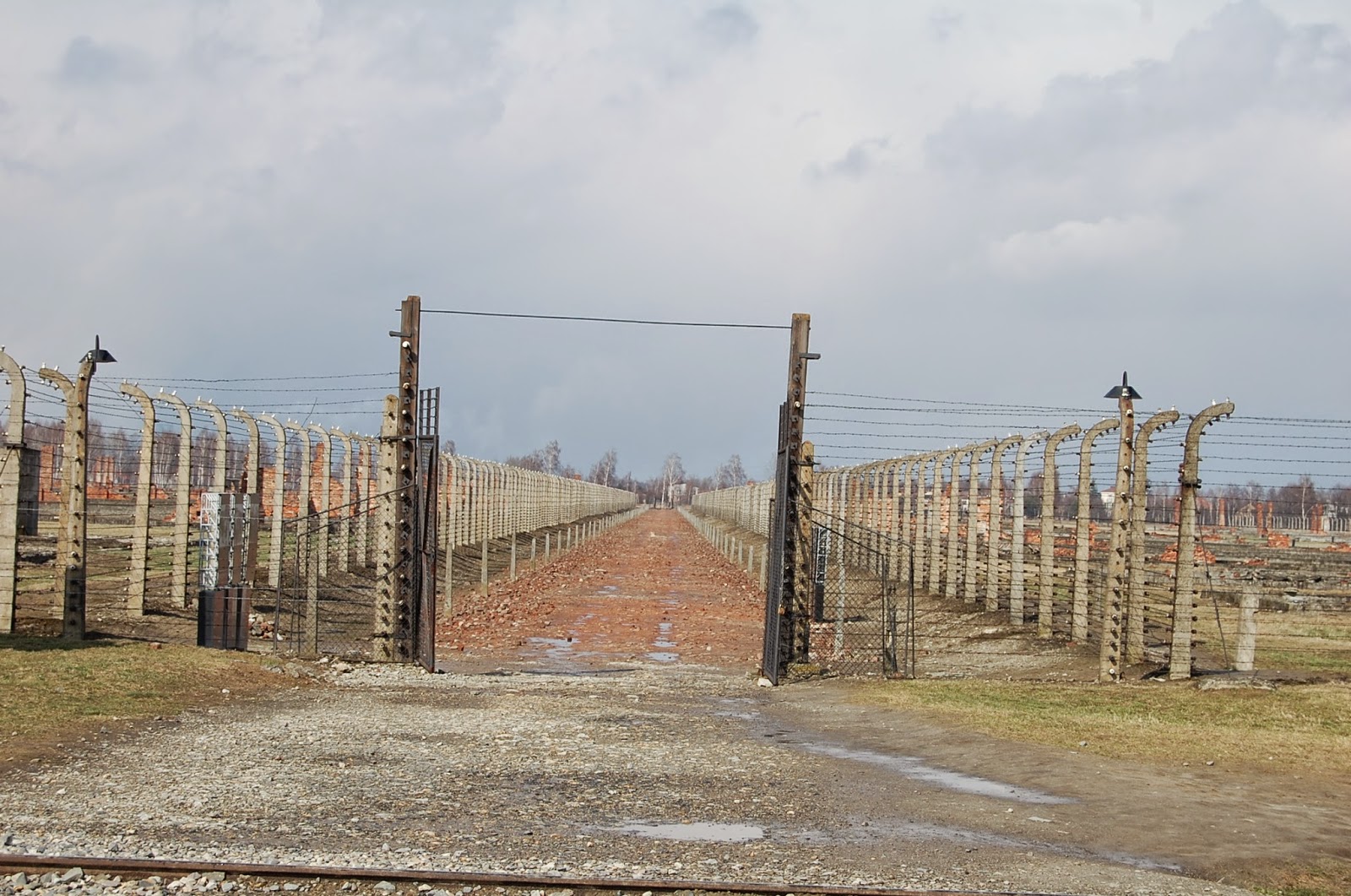 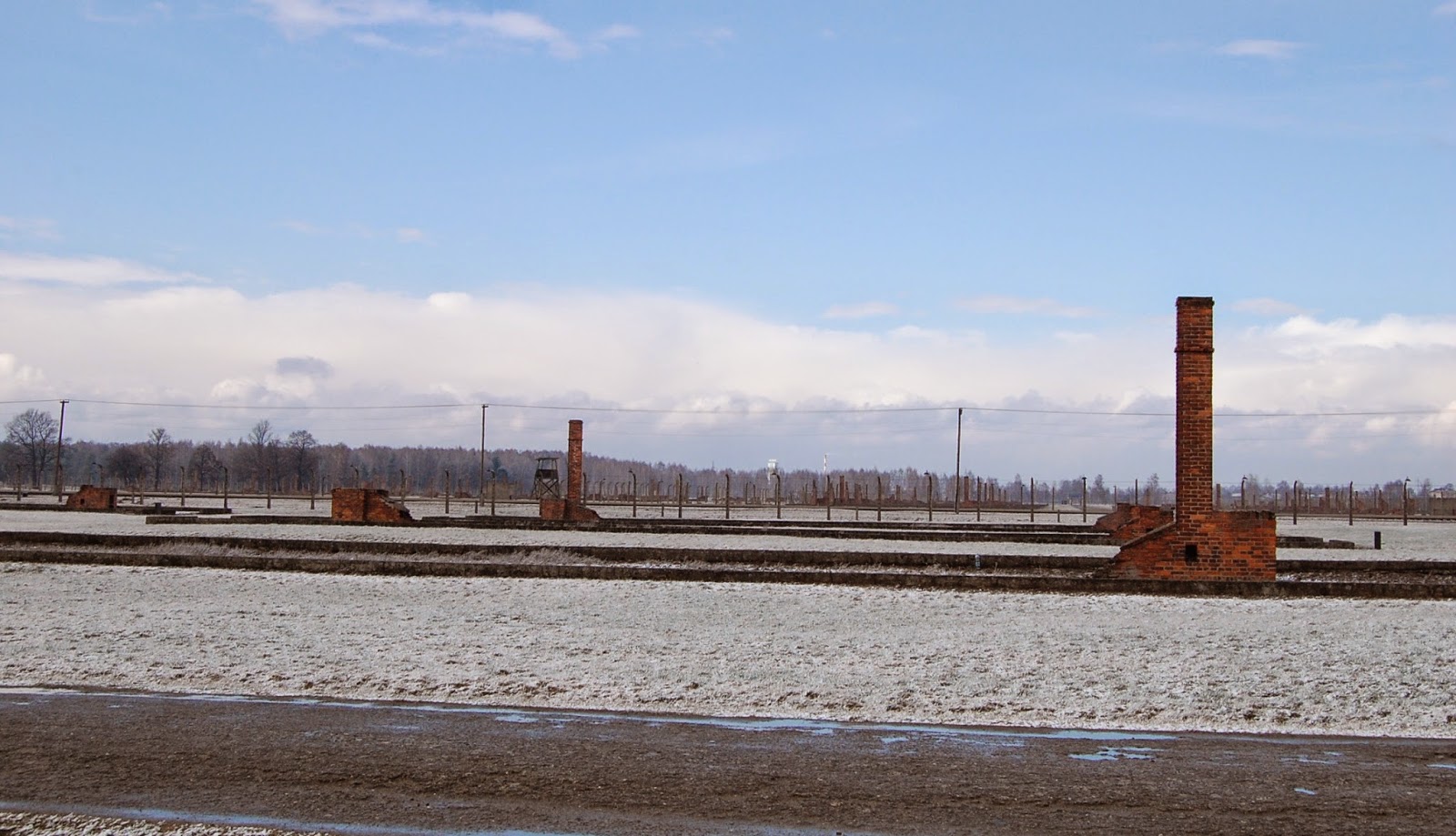 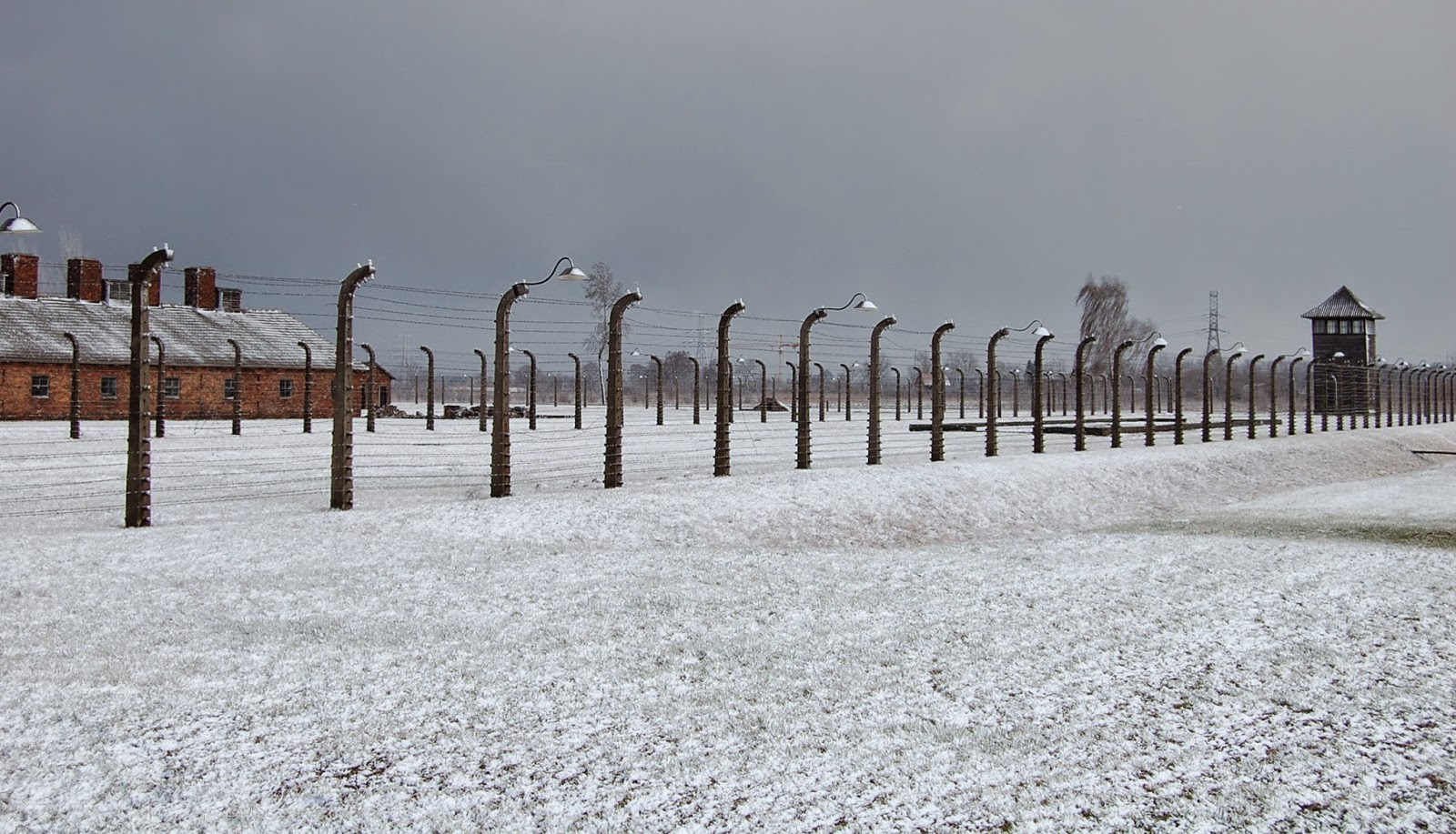 http://en.wikipedia.org/wiki/The_Holocaust
Again, this story is not about religion..this is a story about how mean can us humans be and how much can some humans suffer. This is a story, about something that unfortunately it is still happening, in a different format, but it is here: think about Bosnian or Rwandan Genocide.
It is my believe that it is our duty not to forget and do everything in our power not to happen again.

I don't think of all the misery but of the beauty that still remains.

Posted by loredana at 20:00 No comments: Links to this post

Why one should visit Riga? 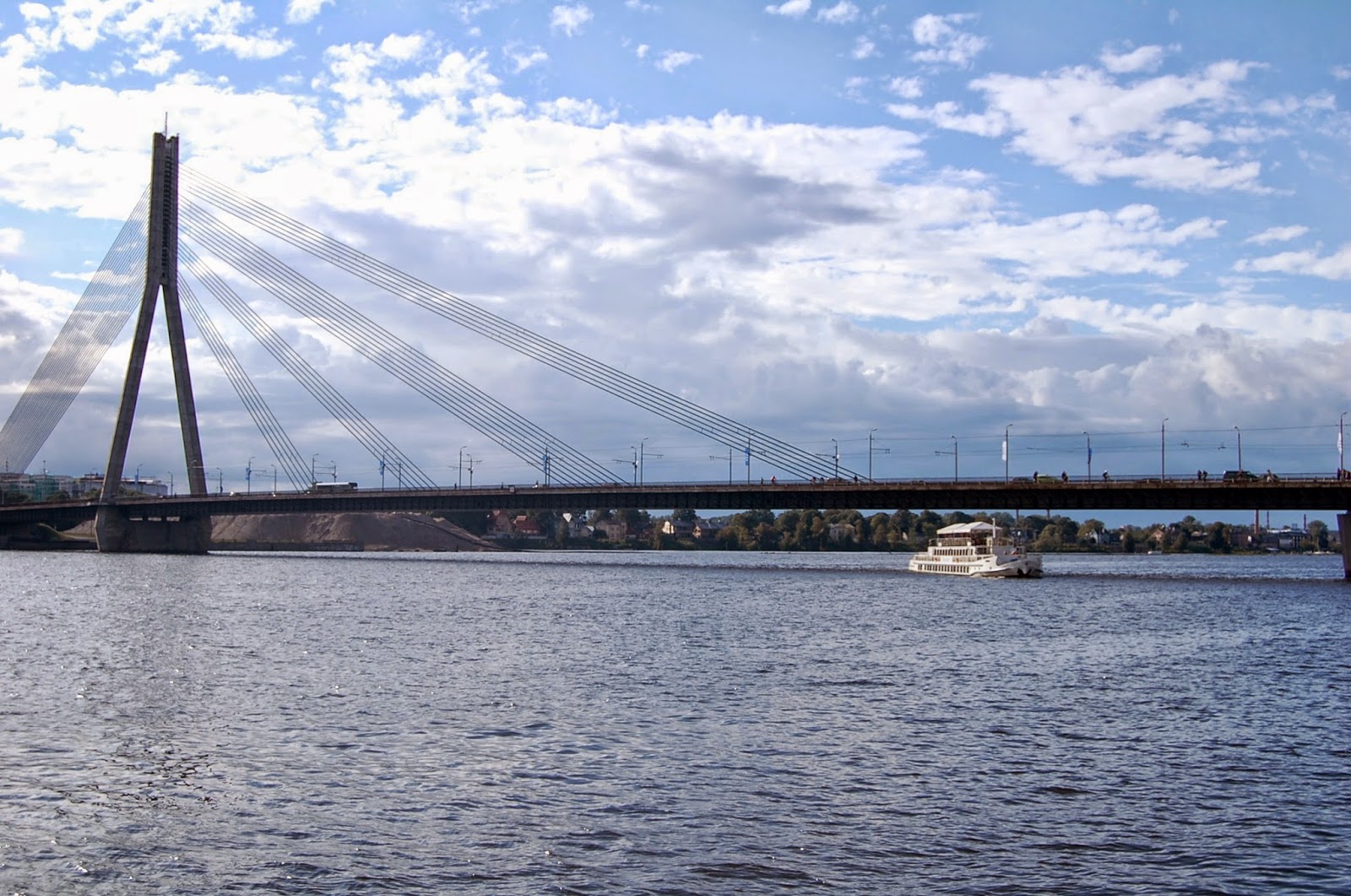 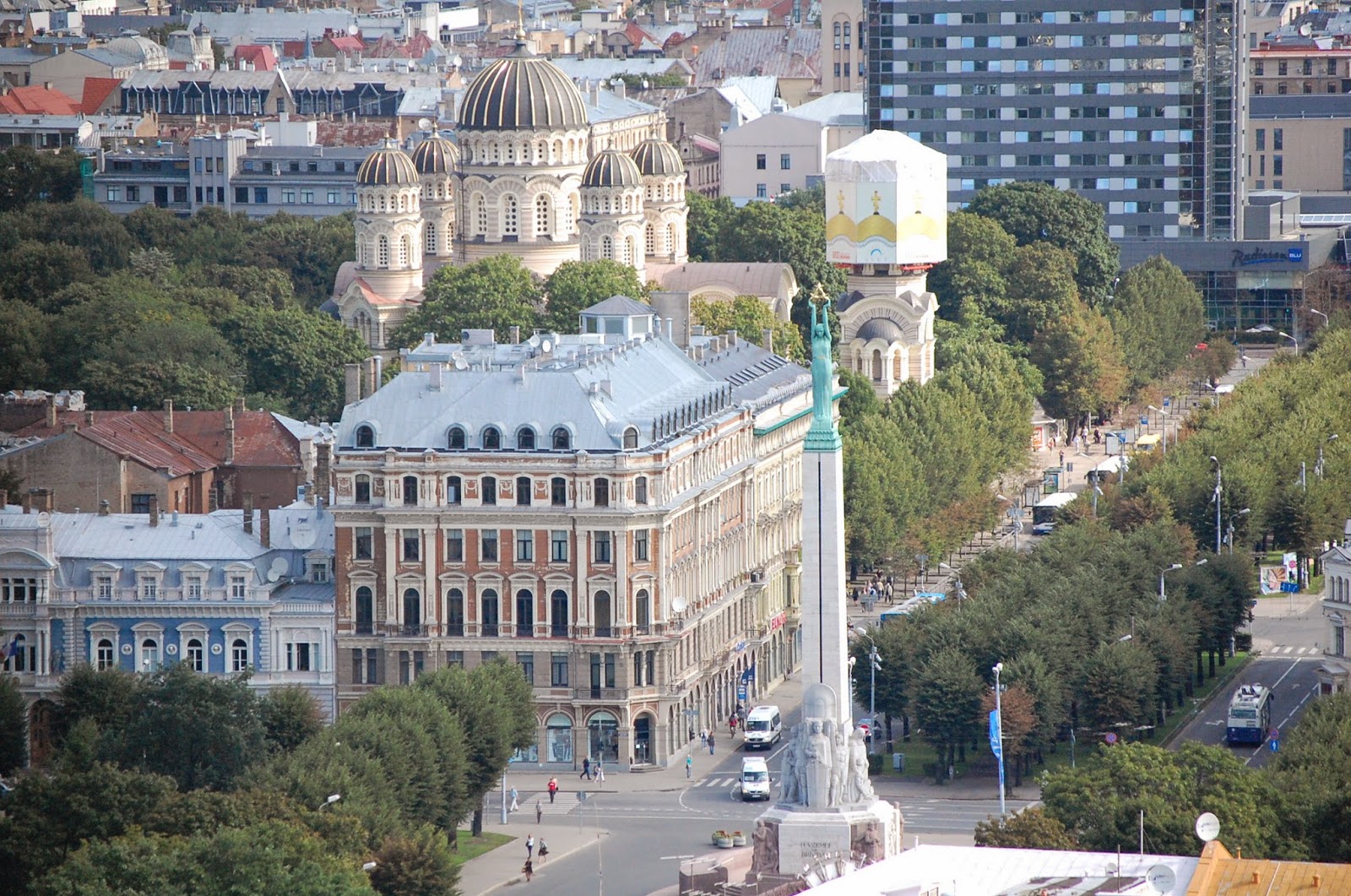 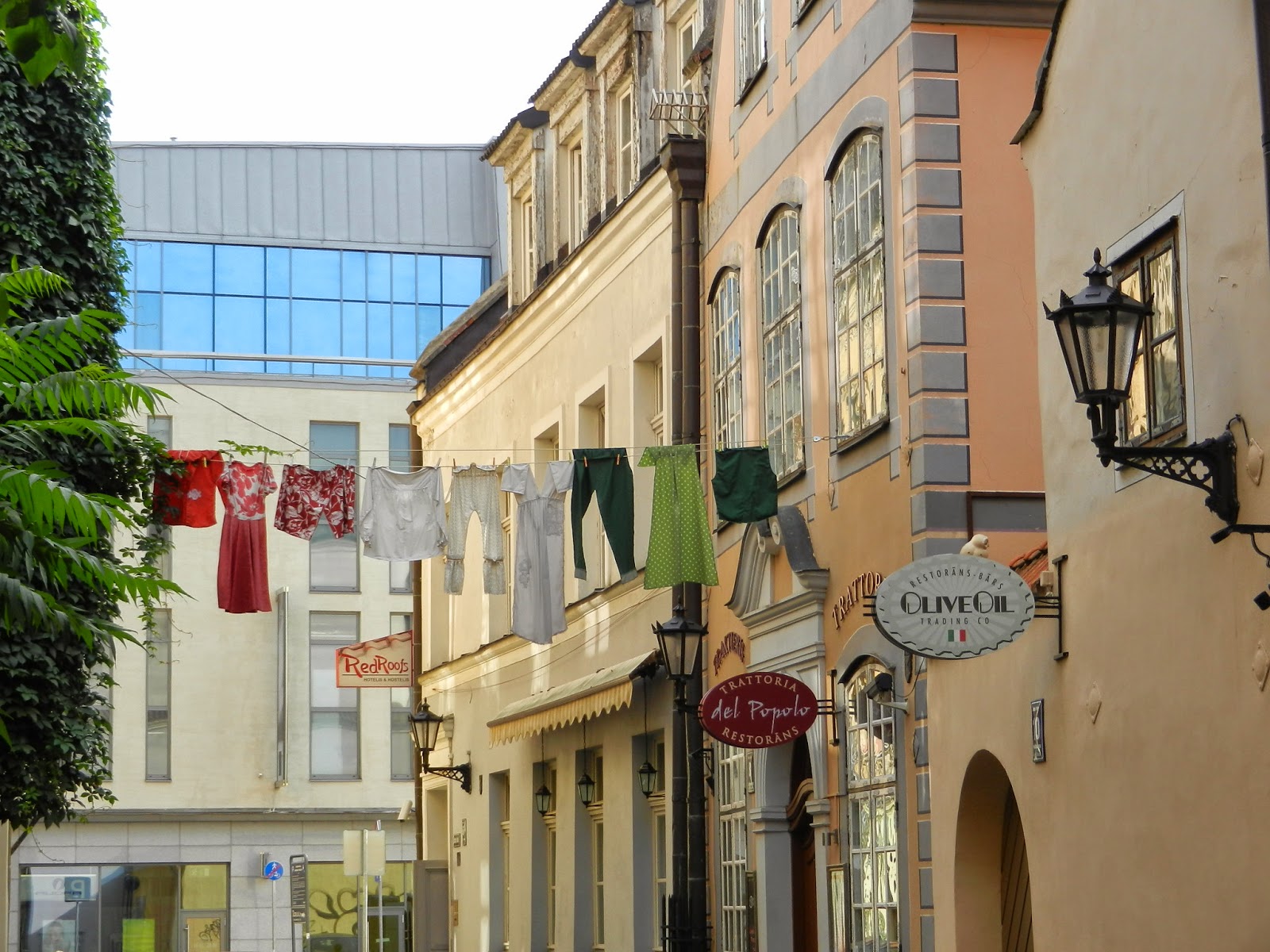 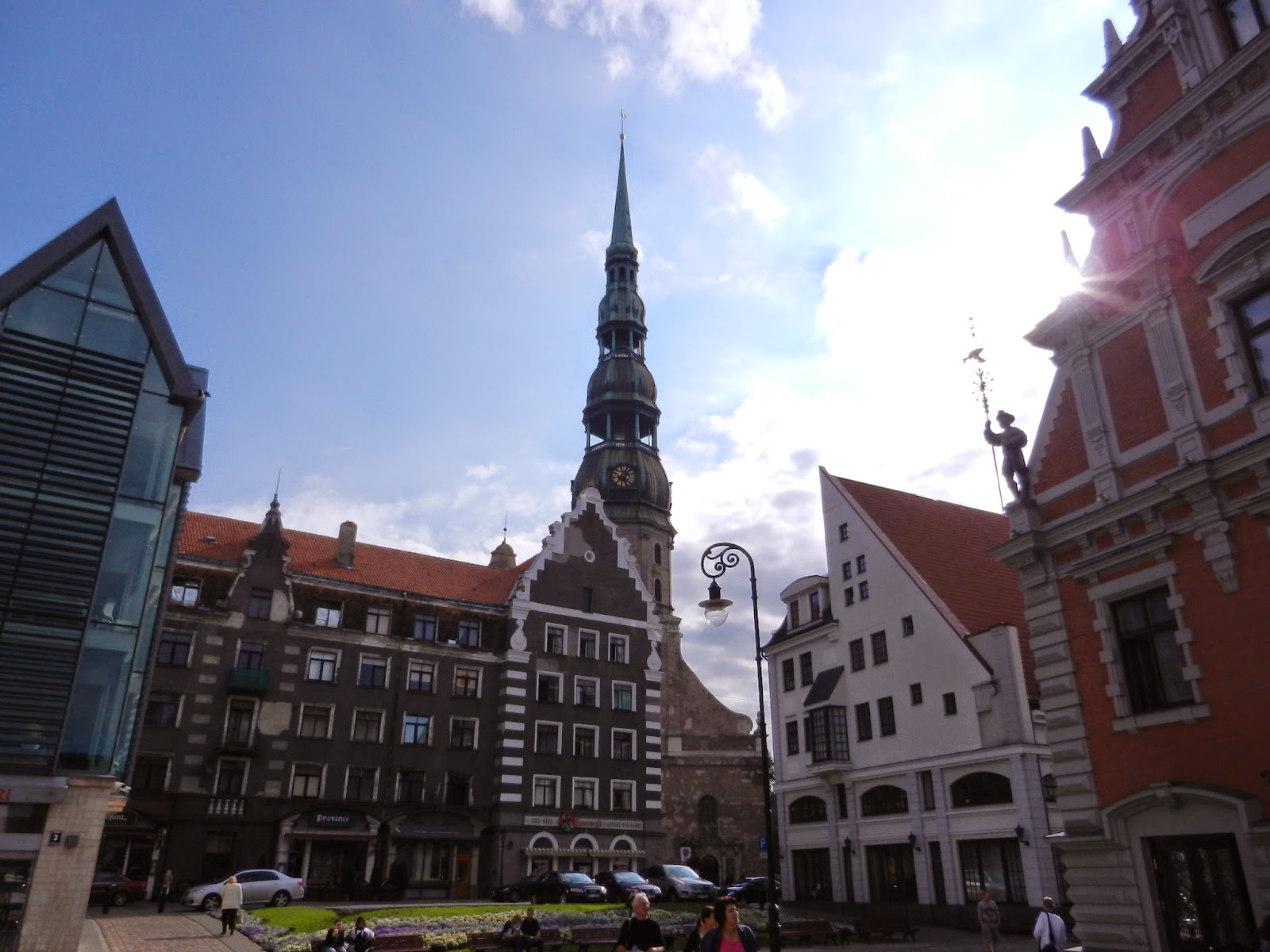 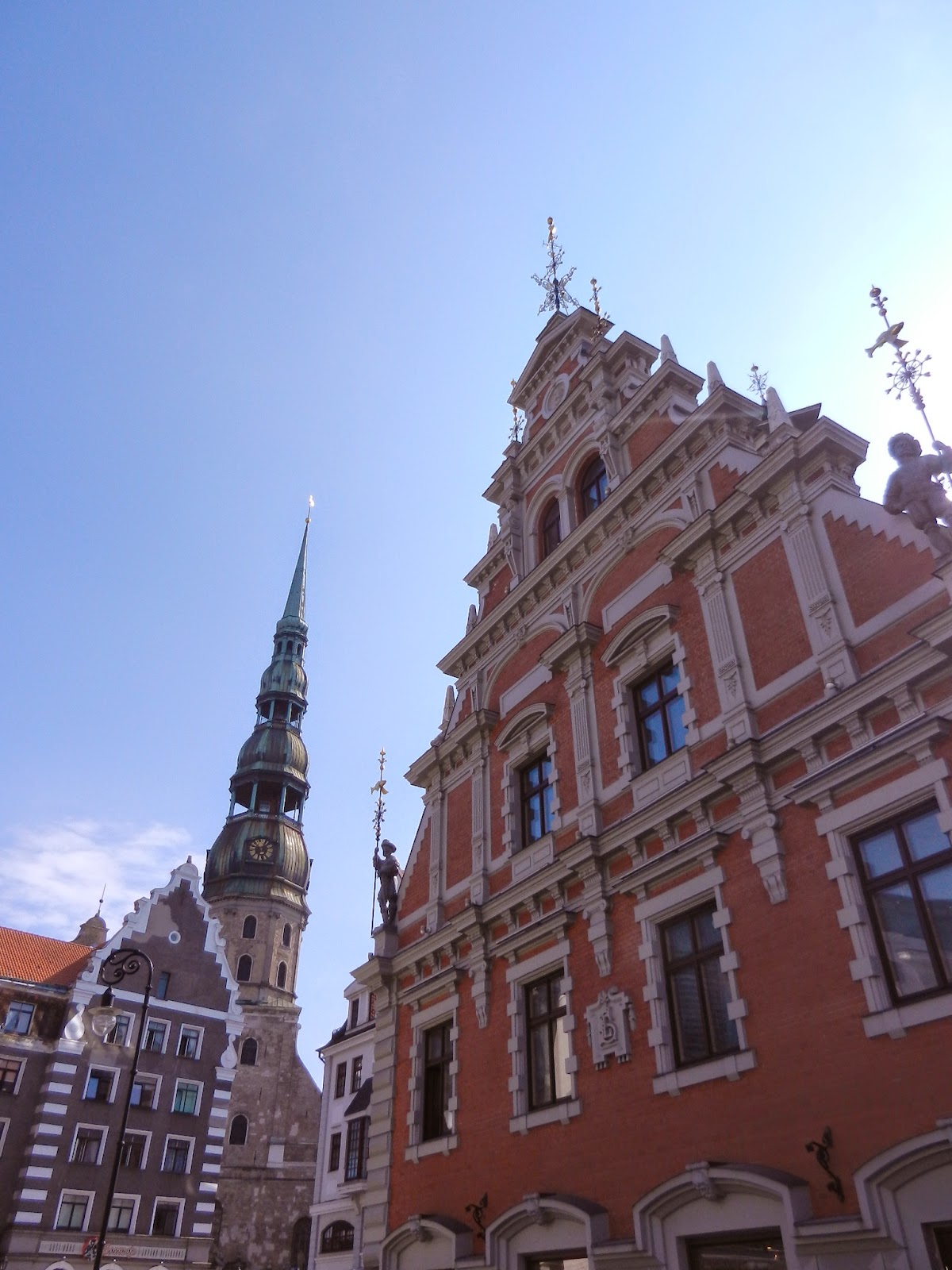 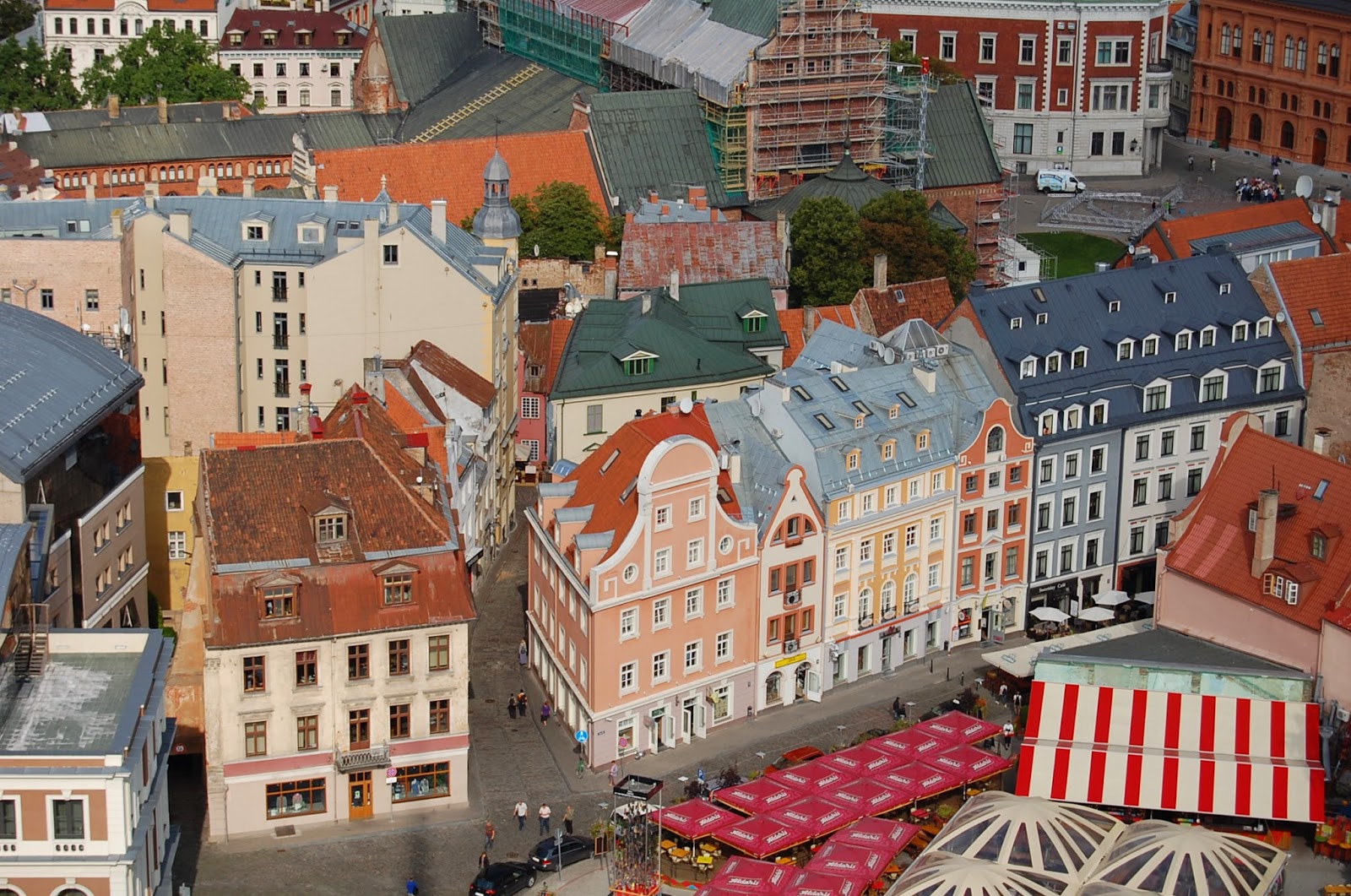 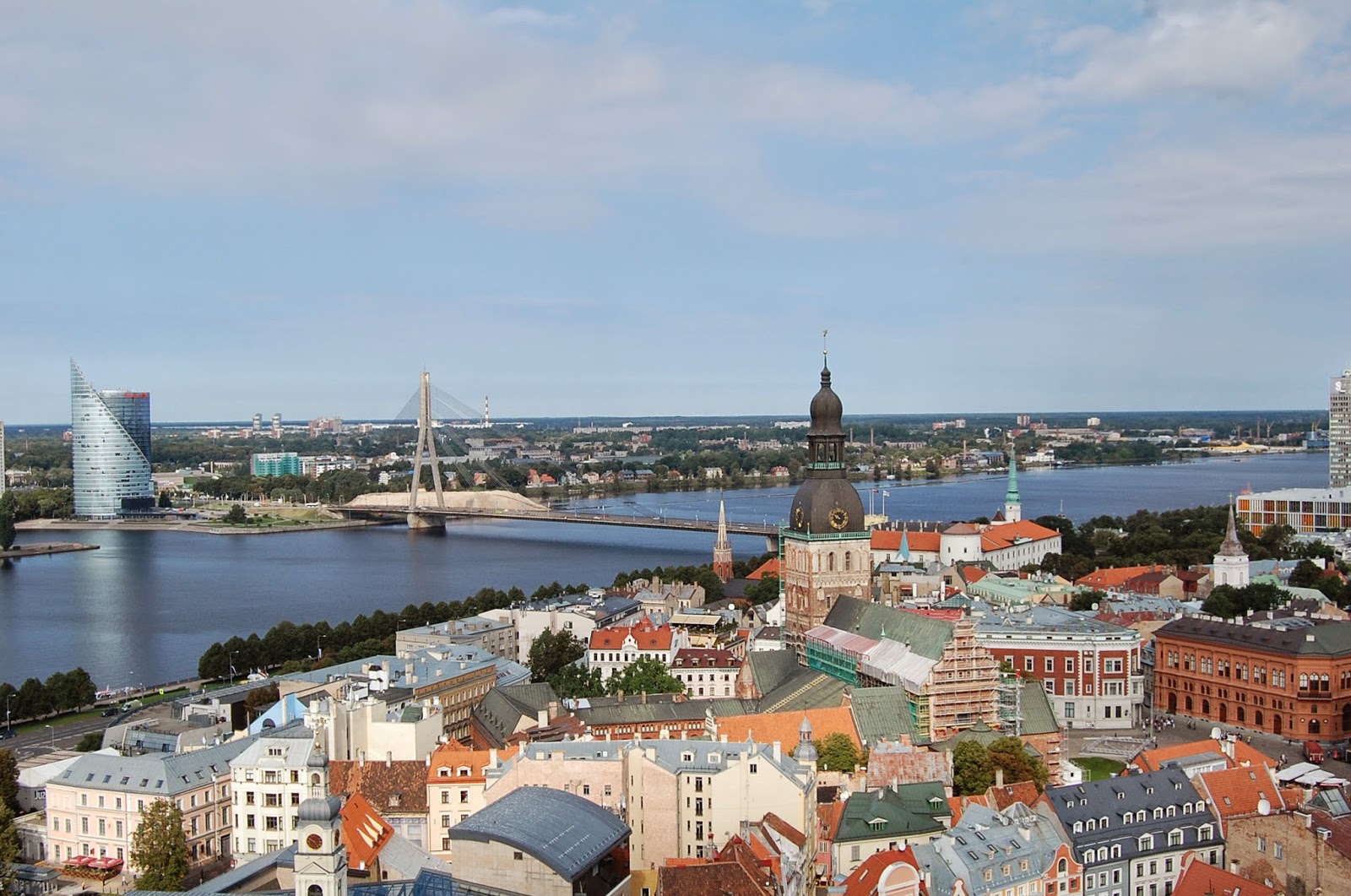 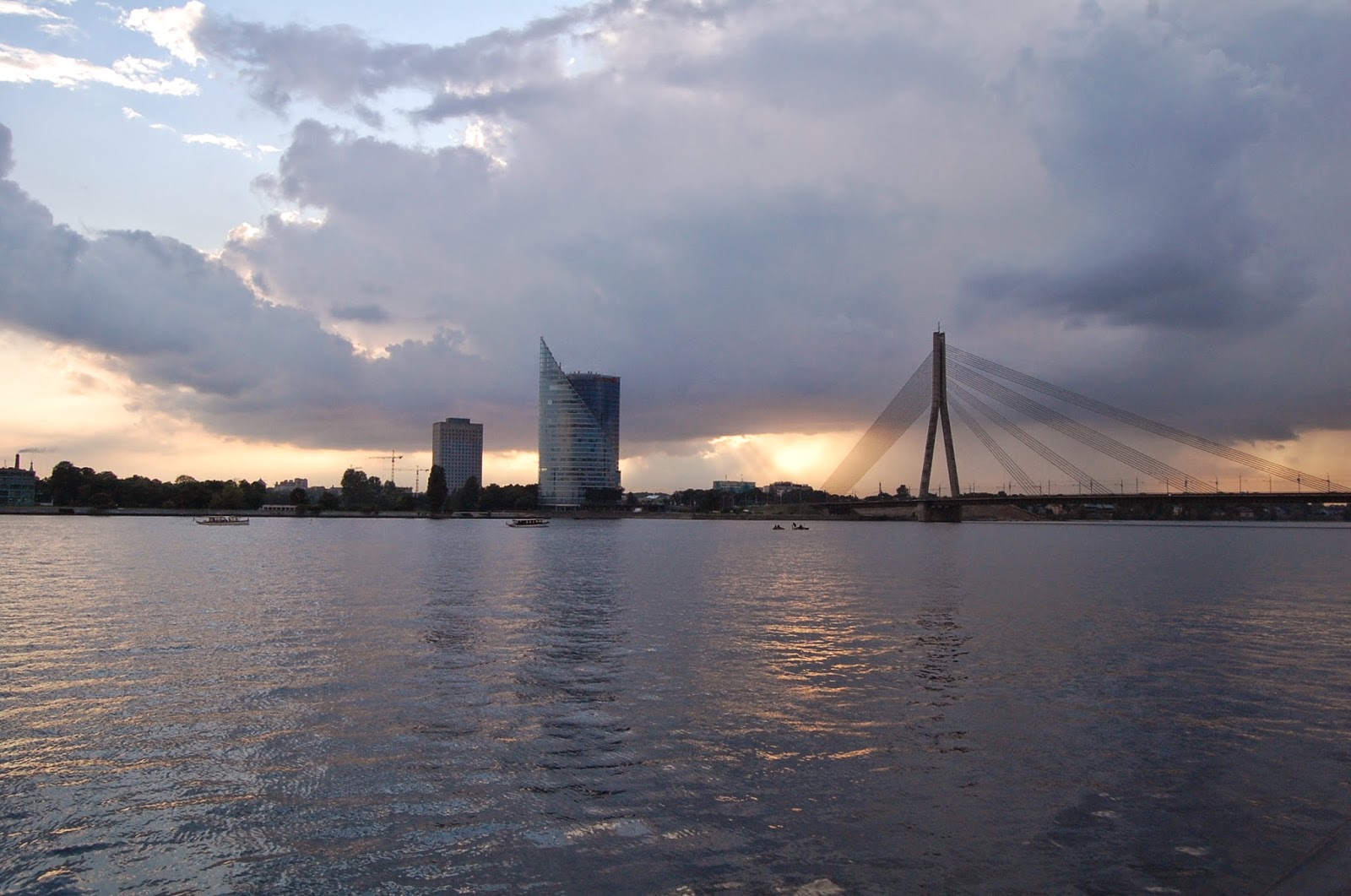 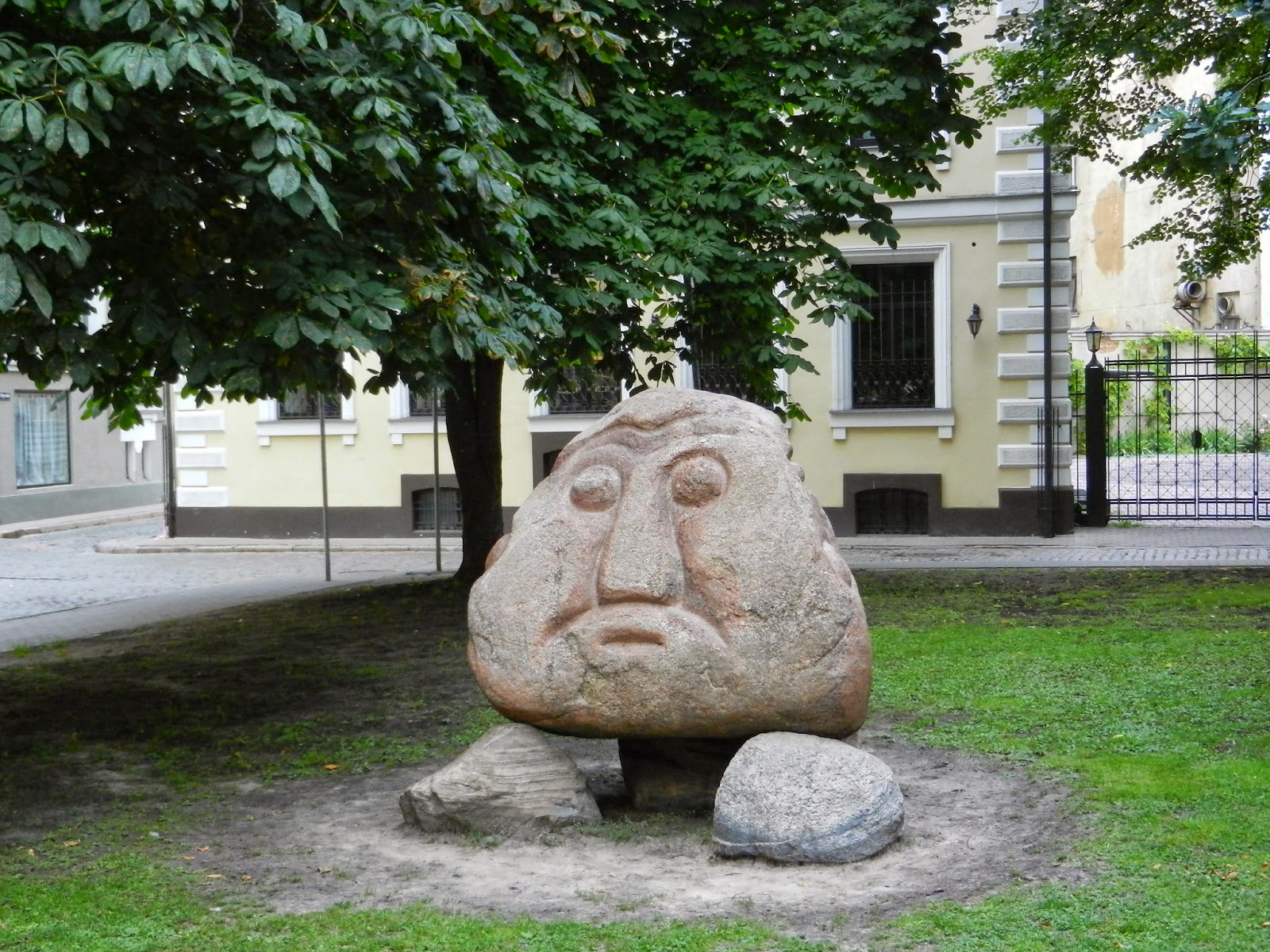 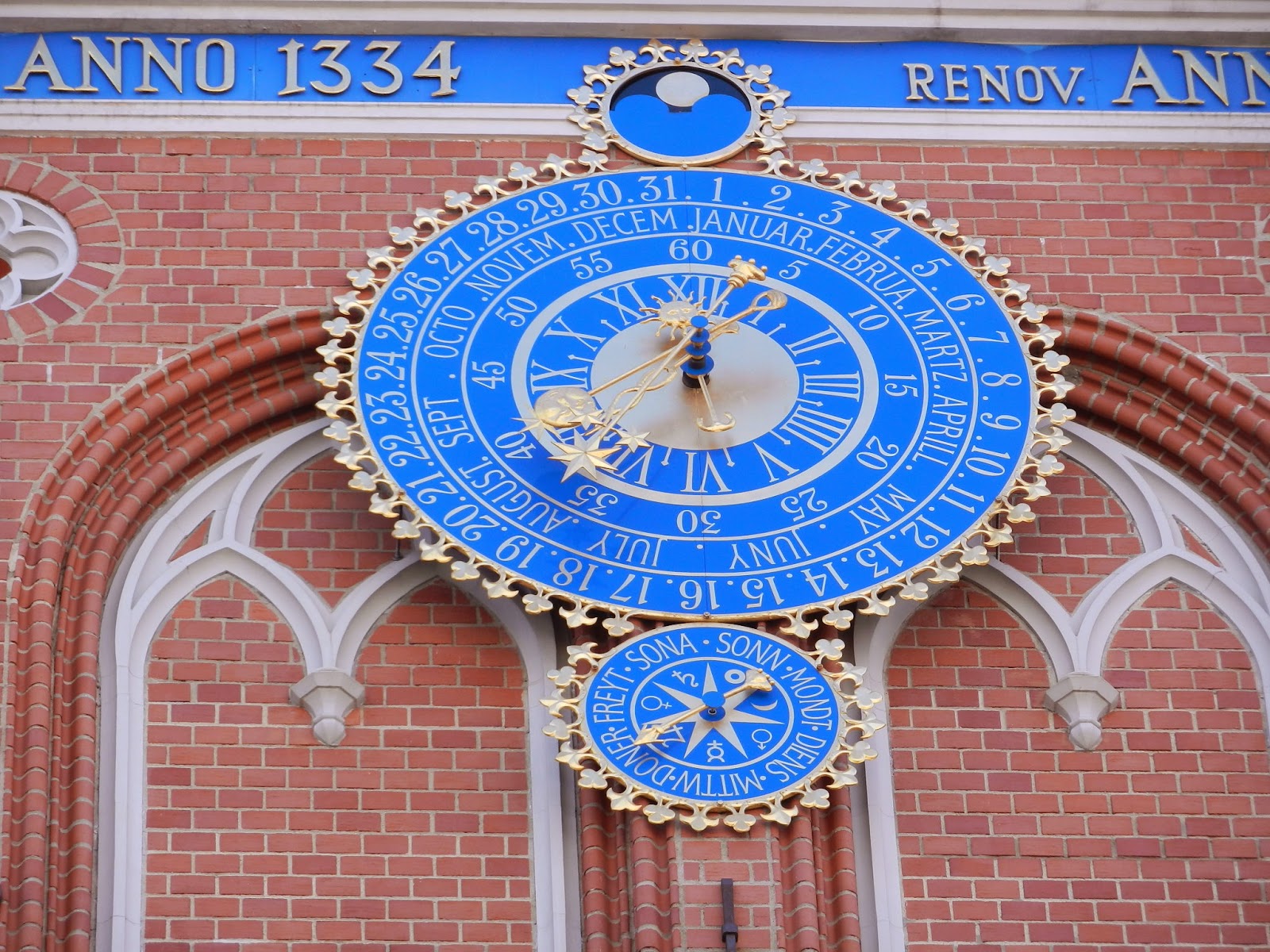 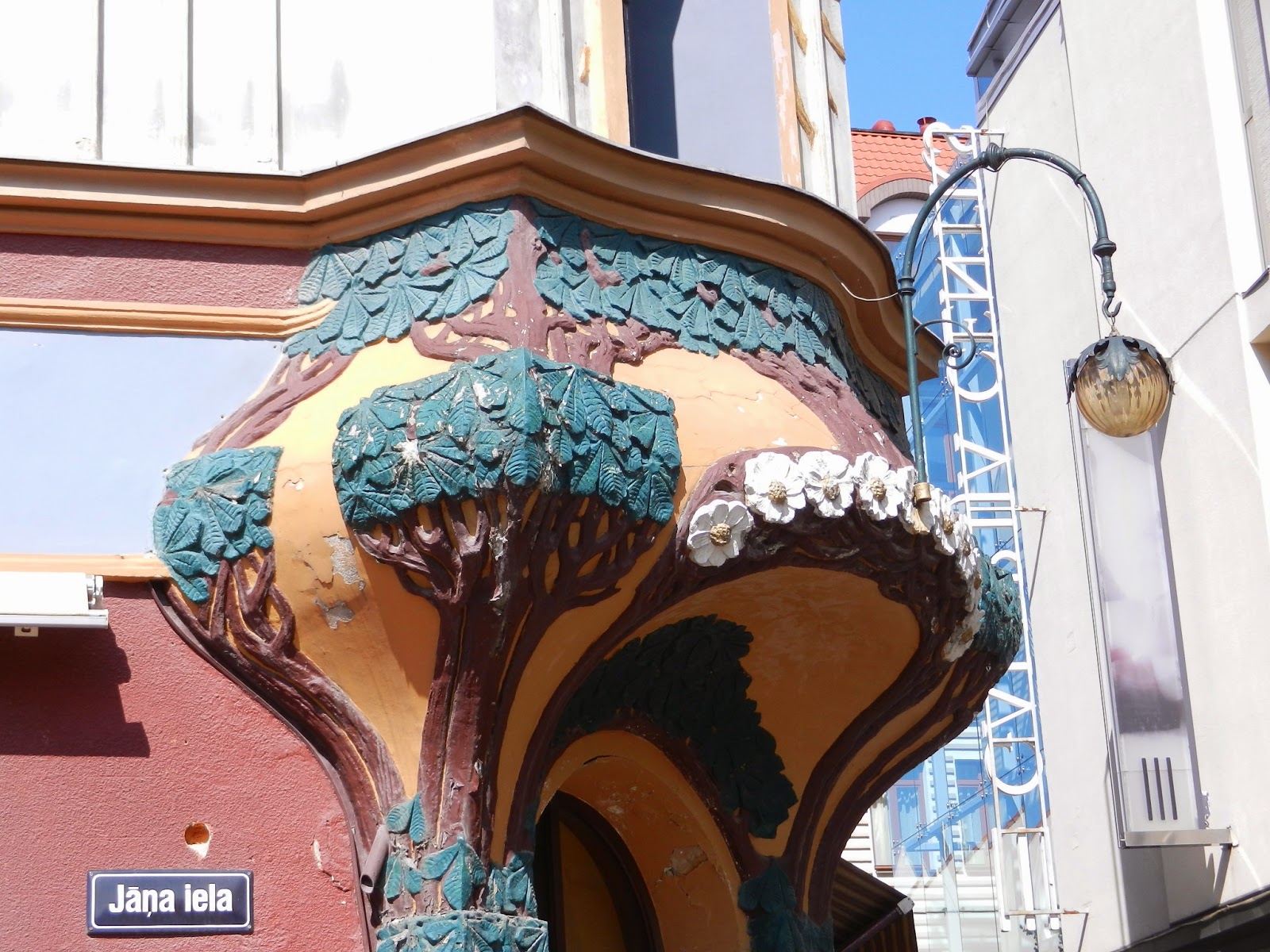 Posted by loredana at 22:36 No comments: Links to this post

I am that type of traveler who like to see new places but not because of the numbers, of the countries to be put on the check list but because time is so relative and i would like to see as much as i can.
In the same time i will always have my favorite places=the soul places as i like to call them , where i am going to come back as much as i can: London, Prague, Maastricht, Valencia, New York, just to name a few.

Email ThisBlogThis!Share to TwitterShare to FacebookShare to Pinterest
Labels: About Me

Travelling to New York - i did it my way..

Unlike any other affairs, my love story with New York didn`t start with a love at first sight feeling..maybe it was the jet lag, maybe the “wow..everything is so big” factor, I have no idea, but I was not impressed.
Common Loredana… you are in NY, the city on your “must do in a life time” list and you are not impressed? OK breathe, relax, sleep and eat and then let the journey start. And oh boy..what a journey it was…

Read more »
Posted by loredana at 18:04 No comments: Links to this post

I was visiting Milan for couple of days and with this occasion i planned a short visit (1 day) to Lago Maggiore and its surroundings.
Isola Bella is one of the islands part of Lago Maggiore, in north Italy, very close to town of Stresa. The lake has 2 more islands: Isola Madre and Isola Superiore. 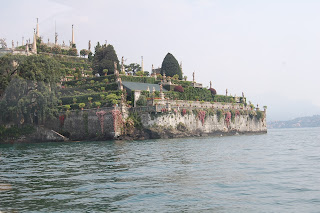 Isola Bella is fully occupied by Palazzo Borromeo and its gardens. You can arrive to the island with regular ferry service from Stresa, Laveno, Pallanza and Intra.

Read more »
Posted by loredana at 11:14 No comments: Links to this post

Travelling in Czech Republic (not Prague)

welcome to my story about beautiful cities in Czech Republic.
Czech Republic is not only Prague, there are other fantastic cities worth visiting. I will name few of them. 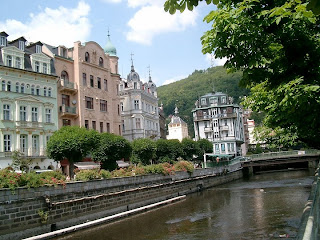 It is one of my favorite city. It is also known as Carlsbad and it is a town with many hot thermal springs which are very good for your health.
Let me tell you why i like it: gorgeous architecture, waffles and thermal spas! 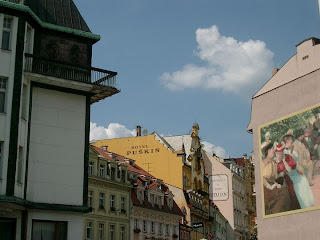 Read more »
Posted by loredana at 11:41 2 comments: Links to this post 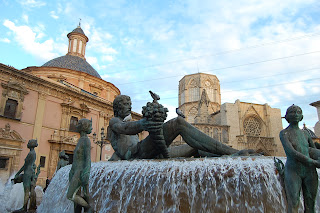 Welcome to my story about Valencia!

Valencia remained in my heart as a favorite city, a mixture of new and old, of fascinating places and lovely people.
I traveled in May, which is a great period.
Advice: During summer months, especially in July and August it gets very hot, the temperatures can exceed 40 degrees Celsius.
The town has a wonderful beach, not very crowded and is a port at Mediterranean Sea.
There are 2 official languages spoken: Valencian and Castelan. You will be OK if you understand and spoke some basic Spanish, but with English you will be ok also.

Read more »
Posted by loredana at 11:26 No comments: Links to this post